Turkey is the second largest honey producer in the world. However, the beekeeping sector, especially the export of honey and honey products, is not supported by income compatible with this asset. The main reasons for this discrepancy are the presence of honey bee diseases (predators) and their residues in honey. Due to the observation of Aethina tumida (small hive beetle; SHB) in Europe (Italy) and Tropilealaps spp. Iran’s border regions close to Turkey, the Ministry of Agriculture and Forestry of the Republic of Turkey has raised its alert level for these two notifiable diseases. Aethina tumida is a fruit insect originally from South Africa and it has later adapted to bee colonies. In the early 2000s, the agent came to North America with imported fruits and caused serious bee losses. SHB, which has spread to 12 countries so far, caused serious economic losses in the countries it entered and could not be eliminated. Tropilaelaps spp. is an ectoparasite that cannot survive for long without honey bee brood it feeds on and needs to survive. Tropilaelaps mite even suppresses Varroa when found in a colony and extinguishes the colony in a short time. It is a fact that these two pests may spread rapidly in Turkey due to the practice of migratory beekeeping and they can cause serious damage to our beekeeping. 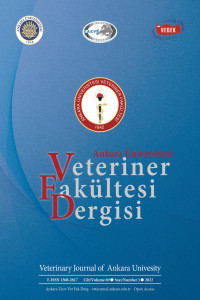